If a visiting boat uses one of the club’s three blue 15 tonne maximum Visitors’ Moorings and hasn’t paid the £10.00 charge by going the club’s website or to www.pay-mooring.co.uk (bottom of page) or put the money in the letter box by the notice board near the castle, as stated on the mooring buoys, after 14 days all boats that haven’t paid will be displayed here. All boats are photographed that use the Visitors’ Moorings.

These mooring buoys cost over £1,500 each to install and money has to be raised annually to service the moorings and pay the Crown Estate’s annual mooring fees too, so the club relies on the honesty of skippers to pay up and makes it easy using a credit/debit card via PayPal on the Internet even providing free WiFi superfast Broadband Internet access at the moorings. We also say the fee can be paid once you are home!

Fourteen (14) days allowed for visitors to pay which is very disappointing when some yacht skippers will use a mooring without wishing to pay the £10 fee? One wonders why? If they can’t afford the fee they should anchor? The club has provided these moorings for the sole benefit of visitors to Carrick Castle!  Thank you to all those that have paid – these fees pay for the Crown Estate’s mooring fees, the annual servicing and upkeep of the three visitors’ moorings…

Remember we provide the visitors’ moorings for you, not for us!

One did respond a year later and paid and their yacht’s photo was removed from our website.

The following vessels used the Carrick Castle Boat Club’s Visitor’s Mooring yet have not paid their £10.00 mooring fee to today’s date? Their photograph will be removed once the mooring fee has been paid…

Second time this yacht has not paid mooring fee! 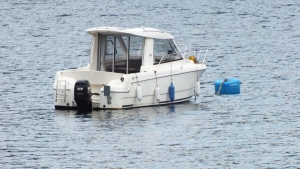